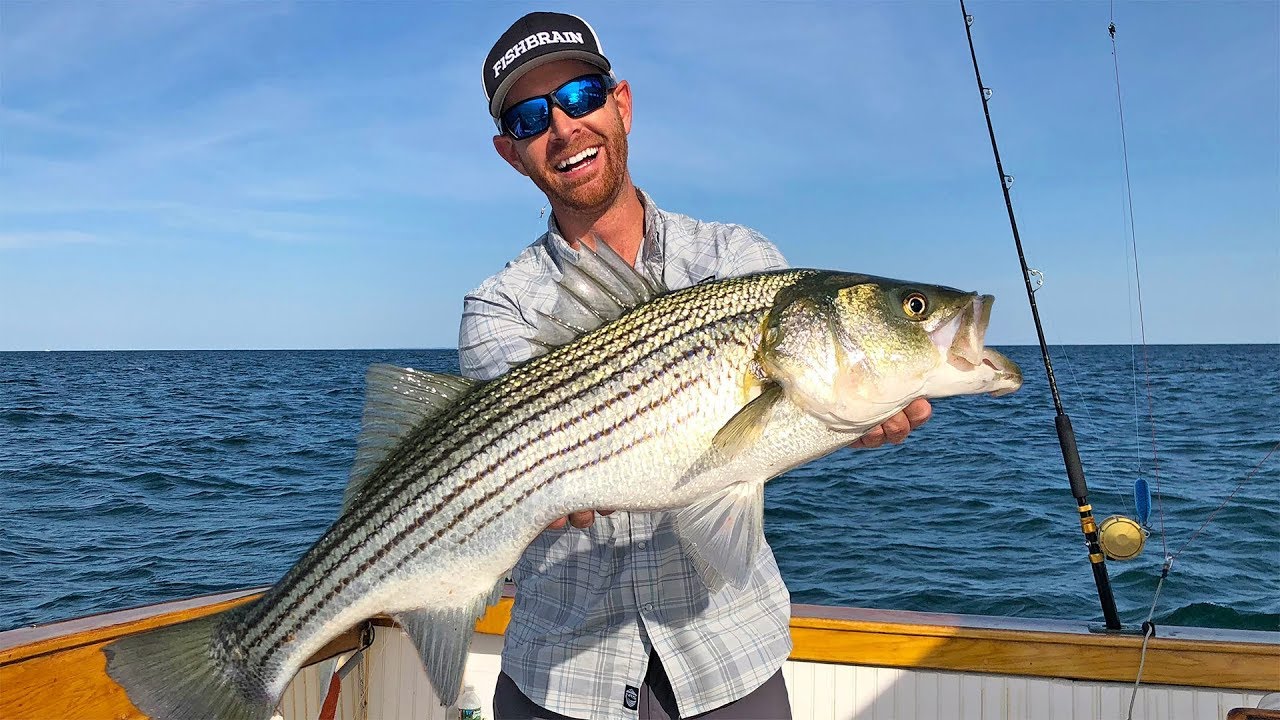 I’ve kayak fished the western shores of Gloucester, Ma. for ten years and for pretty good reason other than being a native: place has plenty of advantages: not much in the way of on-water congestion, or what anglers call pressure, an ample supply of fish, and countless ledges and outcroppings and coves and inlets that attract numerous species of fish, chief among them striped bass and bluefish, and for those with deeper interests, bottomfish like cod, pollock and the occasional wolf fish.

Kayak fishing here is also a fast way to become familiar with the endless variety of habitat favored by stripers. Chunk one area – say Halibut Point’s rocky shelves and drop-offs – then troll or jig sandy Coffins, Wingaersheek, or Cranes Beaches four miles distant, and you’ll soon get an idea of the pretty-much-anywhere-there’s-water haunts of striped bass.

Paddle from one area to another, eye on the weather and conditions, and you’ll fish myriad habitats with a handful of tactics throughout the day. Andrews Point’s rocky shorelines, say, with tubes or shads, then jigs or sluggos in the sandy mouths of the Annisquam, Ipswich and Essex Rivers or on Plum Island’s bold offshore shoals.

A good place to start is Folly Cove, just off Route 127, where Gloucester’s Lanesville abuts Rockport’s productive striper grounds. Parking is free if limited during fall and spring (read the best fishing times of the year), and launching is a matter of picking your way down loose cobble before pointing your bow at the cove’s cliffs and heading seaward, east or west, along striper-trolling rocky shores that include Halibut Point, Flat Rocks, Lanesville, Bay View and all of Annisquam. The sea bottom here is thickly studded with boulders, sandy plateaus, deep dropoffs and ledges that hold fish long after most fishermen have hung up their gear for the year.

Off Halibut Point for instance: long and low-angled sheets of granite slant away from the austere state parklands onto drop-offs that extend far from the former quarries’ jumble of tailings, staging platforms and mountainous collection of granite scree. Meanwhile jetties and seawalls west and south of the point are often so overrun with schoolies you can watch one school dart by green and fast as you haul in a near-keeper from another. Then a bluefish races in, and if you’re not rigged with a steel leader, there goes your lure

Once you’ve launched into Folly Cove, paddle east towards Halibut Point. Troll a tube and worm or Cape Cod spinner and a seaworm. Once you reach the swellwash and breaking waves of the point, paddle a few dozen yards offshore, grab a lobster buoy for an anchor, and chum and chunk the for keepers 32″-plus.

Folly Cove lies midway along eight miles of rocky shoreline that run from Annisquam to Halibut Point, so if you head west rather than east, be sure to troll nearshore waters that fall away near the shoaled mouth of the Annisquam River – on whose bars you can spincast shad-and-jigheads or sluggos and bucktail jigs.

Regardless of whether you head east or west, you’ll paddle structured shallows that pop up from the bottom every dozen yards or so: nooks and crannies that hold large bass in the 30’s, especially at dusk, at night, and during the tough mid-summer fishing days of late July and much of August. Largely unknown to other than Cape Ann residents and a hardcore early-morning divers, Folly Cove itself is worth trolling, particularly its steep western wall where numerous underwater springs hold baitfish in suspension far below the surface.

To find Folly Cove, take route 128 north to Gloucester; once you come off the A. Piatt Andrew Bridge you’ll arrive Gloucester’s first rotary, near a Friendly’s and a tidal marsh. Take the third right off the rotary, pick up Washington Street/Route 127, and follow 127 through Riverdale, Annisquam, Bay View and, finally, Lanesville. Soon after a pair of cemeteries on the left, and about a half mile after a hard right bend in the road, you’ll see the clearing and small dirt parking lot for Folly Cove on your left.

Because there’s no ramp or footpath, you’ll have to drag or carry your kayak down the loose cobble to launch. Once you’re on the water, rig a tube-and-worm or Cape Cod rig, jab on a sea worm, and get to work trolling either shoreline as close and as slowly as you can. If you turn right to exit the cove (east) you’ll see Halibut Point’s shallow granite ledges which soon give way to Hoop Pole Cove and Andrews Point, where you’ll want to consider switching to herring chunks drifted on a bare hook.

Heading left out of the cove, on the other hand, brings you west/south towards the trolling shores of Lanesville and the sandy mouth of the Annisquam River in whose shallows and current and waves it’s often a good idea to drift herring or bounce a jig.

In daylight hours, troll as close as close to shore as possible.

At night, however, troll further out, along the inside edges of the general depth counter traced by the endless strings of lobster pots. Be prepared for violent strikes by stripers and bluefish well over 35″ – in which case you’ll be glad you brought along a trusted paddling companion, a headlamp and a boca grip.

You may have to drift a while as you struggle to land fish longer than your leg and nowhere near as tired. Be sure to bring a white light so that, in accordance with federal regulations, you can show it if another boat needs to know you’re out there splashing around.